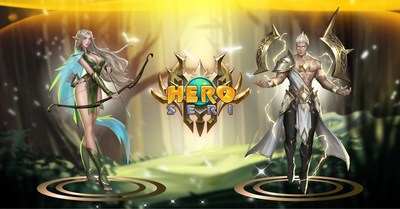 HeroSeri is a series of games that pioneers the development of Metaverse integration. In the HeroSeri Multiverse, players have the chance to experience distinct gameplay, but the story and the characters will remain consistent throughout each game that is produced.

To create a game Multiverse that keeps players engaging for years, Amobear Studio understands how their missions could fulfill this vision. HeroSeri values each player's effort and believes that they have complete control over their gameplay experience as well as their source of income. Thus, a player-owned economy in HeroSeri shall allow gamers to participate in a wide variety of activities that yield different ways of earning.

What future holds for HeroSeri 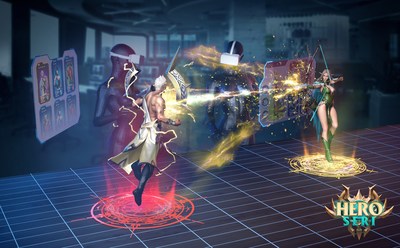 The game has been developed ceaselessly since 2017. By January of 2022, HeroSeri has created millions of unique NFTs and tested their games multiple times to ensure the products will be perfect upon launching.

HeroSeri has also been successfully listed on CoinMarketCap in late February, the project also aims for other reliable exchanges to meet investors' needs.

During the first quarter of 2022, the development team of HeroSeri will release the Genesis NFT Boxes, which contain Heroes of various races and rarities. By the second quarter, HeroSeri will have had a couple of IDOs on many renowned launchpads.

There will be a total of three games within the HeroSeri Multiverse. To guide players through the in-depth storyline and the characters, HeroSeri Puzzle will be the first one to launch. It is said to utilize an easy-to-play ecosystem where the UI is user-friendly and the gameplay is consistently engaging.

HeroSeri CEO confirms that its simplicity appeals to not only older demographics who grew up with retro games such as Tetris but also the young generations who will find their upcoming PvP mode challenging and thrilling.

Tuan Nguyen started as a freelance website developer. After graduation, he joined FPT - the largest information technology service company in Vietnam - and worked on different projects from small to large-scale ones, which helped him achieve a significant breakthrough in his profession. He opened his own business four years later, whose network of organizations revolved around developing websites, advertising, and outsourcing.

Having recognized the future of mobile games, Tuan Nguyen founded Amobear Studio in 2020. The development team has researched the state of the market, the latest trends, and their customers' behavior. With an accumulation of tireless efforts, Amobear Studio has successfully scaled 30 applications to more than 50 million users worldwide.

In 2021, the success of Axie Infinity, a renowned blockchain-based game, has inspired him to take GameFi and NFTs to the next level. "Players purchase an NFT, but they could only make use of it in one game. But what if there is a game multiverse that allows players to take their NFT to different games. For example, you catch one Pokémon, and it appears in every version of Pokémon games. To me, that idea sounds amazing." HeroSeri CEO said.

And so HeroSeri was born. The game's ultimate goal is to create a Metaverse where players will take on different roles to their liking. Before that, they will have an opportunity to explore various gameplay as HeroSeri comes in different phases. Each phase will launch a distinct game, making the gaming progression more enjoyable and diverse.

"We believe that players will be able to make a steady income without sacrificing their need for entertainment. Therefore, HeroSeri utilizes both Play-4-fun and Play-2-earn features simultaneously to ensure this vision of ours." HeroSeri CEO affirmed.

The possibility of cross-game NFTs

HeroSeri takes NFT Ownership seriously more than any other project. Amobear co-founder, Tuan Nguyen, assures that upon purchasing an NFT such as one of the Heroes of the game, HeroSeri's AI system will generate its color. Therefore, each Hero or Item within the HeroSeri Multiverse will have a unique appearance, emphasizing the Ownership of NFTs.

What's more, despite different games in particular phases, players of HeroSeri can use their already-owned NFT to play freely across the multiverse without having to make multiple purchases. Not only does this feature make NFTs more valuable, but it also enhances the gaming experience.