Celebrating National Puzzle Day with a pro puzzler and …

‘Fear’ is the villain in new horror film 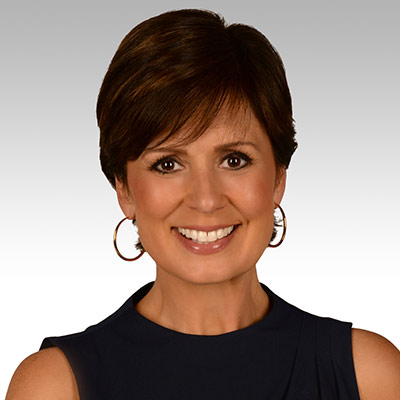 Maggie Rodriguez is back doing what she loves as co-host of Daytime. The nationally recognized journalist returned to television after pausing to raise her children.

Maggie’s tv news career spans 20 years. She is best known as the former host of The Early Show, the national morning program on CBS. She was also a substitute anchor on The CBS Evening News with Katie Couric and a contributor for 48 Hours and CBS Sunday Morning.

During her time at CBS, Maggie did everything from traveling with the candidates in the 2008 presidential campaign and reporting from the White House to interviewing Hollywood’s biggest celebrities and cooking with top chefs.

Maggie also worked in local news as the primary anchor at WFOR, the CBS station in Miami, her hometown and as an anchor and reporter on KABC, the top-rated station in Los Angeles. She is the recipient of seven Emmy Awards and two Edward R. Murrow Awards.

Maggie moved to Tampa with her husband and two children in 2017. They have fallen in love with the pace of life here— not too fast, not too slow, just right. They enjoy outdoor adventures like going to the beach at Pass-a-Grille, exploring the Tampa Riverwalk and taking day trips to Anna Maria Island, Crystal River and everywhere in between. They have an Australian Labradoodle named Buccaneer.

Farron Hipp is excited to join the team as a co-host of Daytime!

As a three-time Emmy Award winning journalist, she’s no stranger to television. Farron got her start as a reporter in west Texas, where she also earned her Bachelor’s degree from Abilene Christian University. She continued her academic studies at Syracuse University where she obtained a Master’s of Science from the S.I. Newhouse School of Public Communications.

Farron couldn’t handle the cold weather and moved to Tulsa, Oklahoma to work as a reporter for Fox 23 News. Her passion for morning news and quest for warm weather led to her next career jump as a morning news anchor in South Florida. She pursued the field of public relations for a few years, but is eager to return to TV for the perfect position on Daytime.

While Farron loves the Sunshine State, you can still catch her Texas twang when she’s cheering on her favorite team, the Dallas Cowboys. She and her wife are both big sports fans who enjoy traveling, exploring new restaurants and volunteering at church and other non-profit agencies. They have a small dog named Prince Harry, who gets the royal treatment at their home.

Check us out on social

How to substitute eggs in almost any recipe, including …

Meet the woman who created dresses sketched by her …

Verizon Makes 2023 the Year of Saving

California Closets Teams up with Dress For Success

California Closets teams up with Dress for Success

Dolphins no longer considering Brady for next season 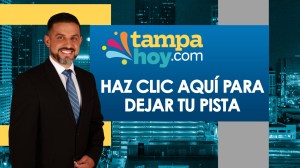 Your ultimate guide to Gasparilla 2023