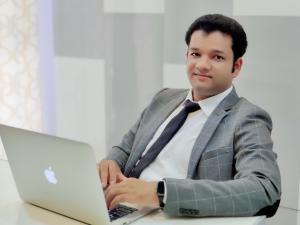 Along with calling out false claims, he addresses the norms that are no longer relevant to the current PR industry.

Mr. Bharti makes his opening argument against the belief that PR is a completely different domain than digital marketing. He says, “Gone are the days when digital marketing had no influence on public relations. In the age of digitization, the two are almost inseparable.” With the advent of digital PR, several PR practices involve the use of digital marketing tools, such as SEO, SMO, content marketing, etc.

Mr. Bharti also debunks the myth of PR being completely free of cost. “No marketing activity in the 21st century can help you build your brand’s favorable image in the market for free,” he says. While public relations are a lot cheaper as compared to paid media alternatives like advertising, paid partnerships, paid SEO, etc., brands cannot reach out to their audience while having control over the messaging without spending a dime.

Next, Mr. Bharti makes a case against the belief that PR is needed only during times of crisis. He says, “While effective PR is extremely important to avert a crisis and build a healthy brand reputation, that is certainly not a pre-requisite to chart out a PR campaign.” He believes that the core of PR lies in conveying a brand’s essence to its audience at any point in time.

Addressing the state of traditional PR, Mr. Bharti believes in an ideal combination of traditional and digital PR. He stands against the belief of traditional PR being redundant. He says, “As you enter 2023, make sure you do not leave traditional PR behind. Millions of people around the world still read newspapers, purchase magazines, and attend exhibitions. Leaving out traditional PR from your campaign would be giving away half of your traction for nothing!”
With Public Media Solution, Mr. Ravinder Bharti provides digital marketing, PR, and brand-building services to clients worldwide. He recently expanded his umbrella of services by venturing into healthcare marketing. With these services, Mr. Bharti and his team of marketers help doctors, hospitals, and everyone associated with the healthcare sector market their offerings.